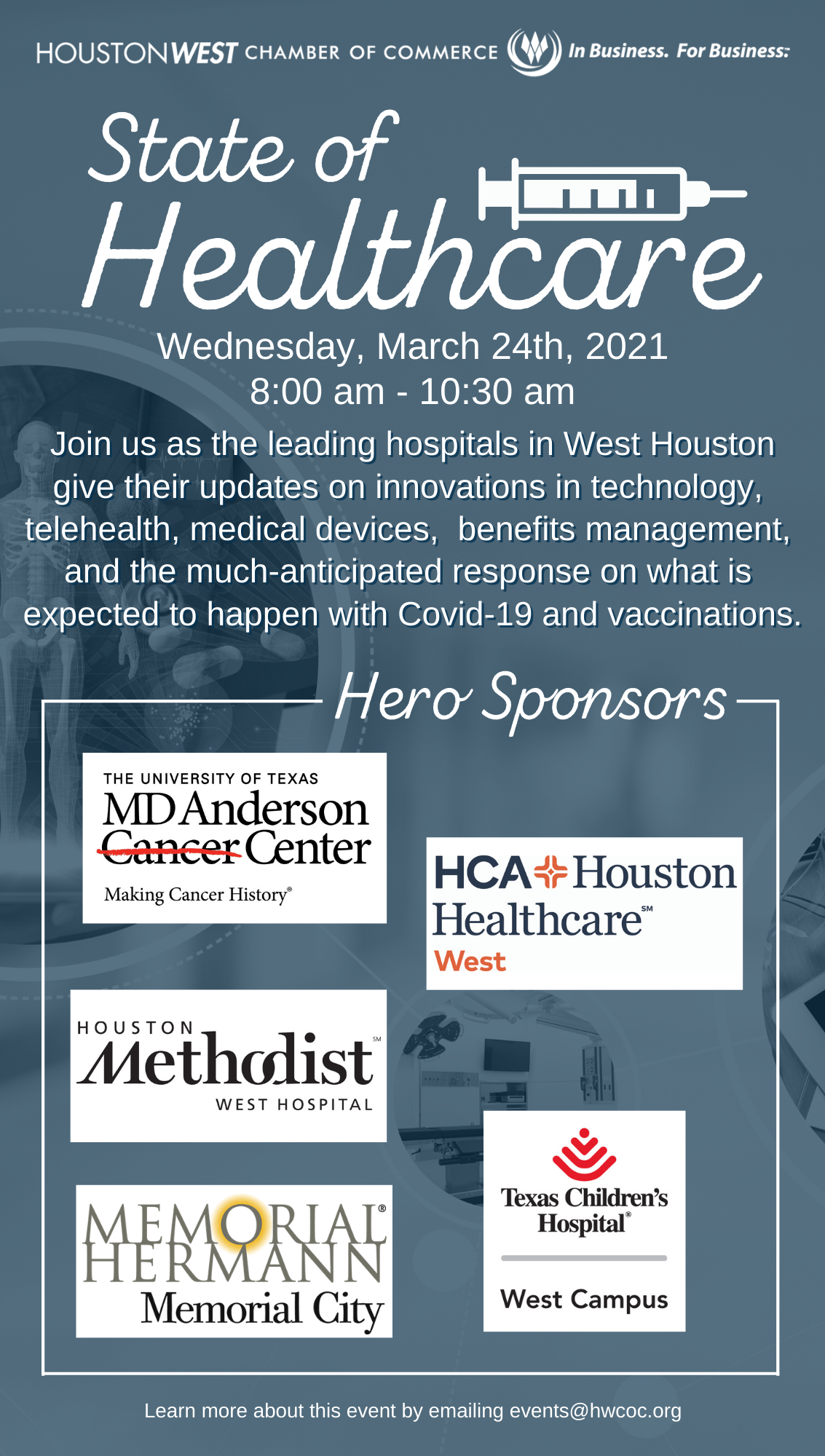 Join us as the leading hospitals in West Houston give their updates on innovations in technology, telehealth, medical devices, benefits management, and the much-anticipated response on what is expected to happen with Covid-19 and vaccinations. 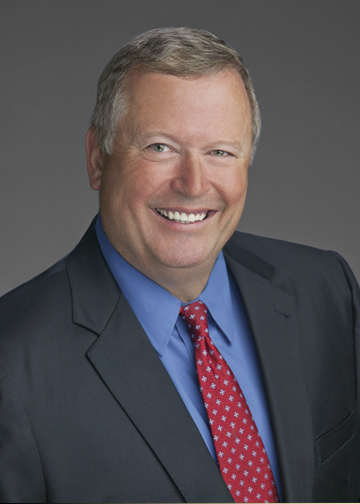 Richard Nevins, CPA is an independent consultant with expertise in the insurance area. He was a consultant for Higginbotham and Chapman Schewe for 29 years. In addition, Mr. Nevins served as a Chief Financial Officer for several firms in Houston. He is a graduate from the University of Texas, And, as a native Houstonian, he is a die-hard Astros fan. 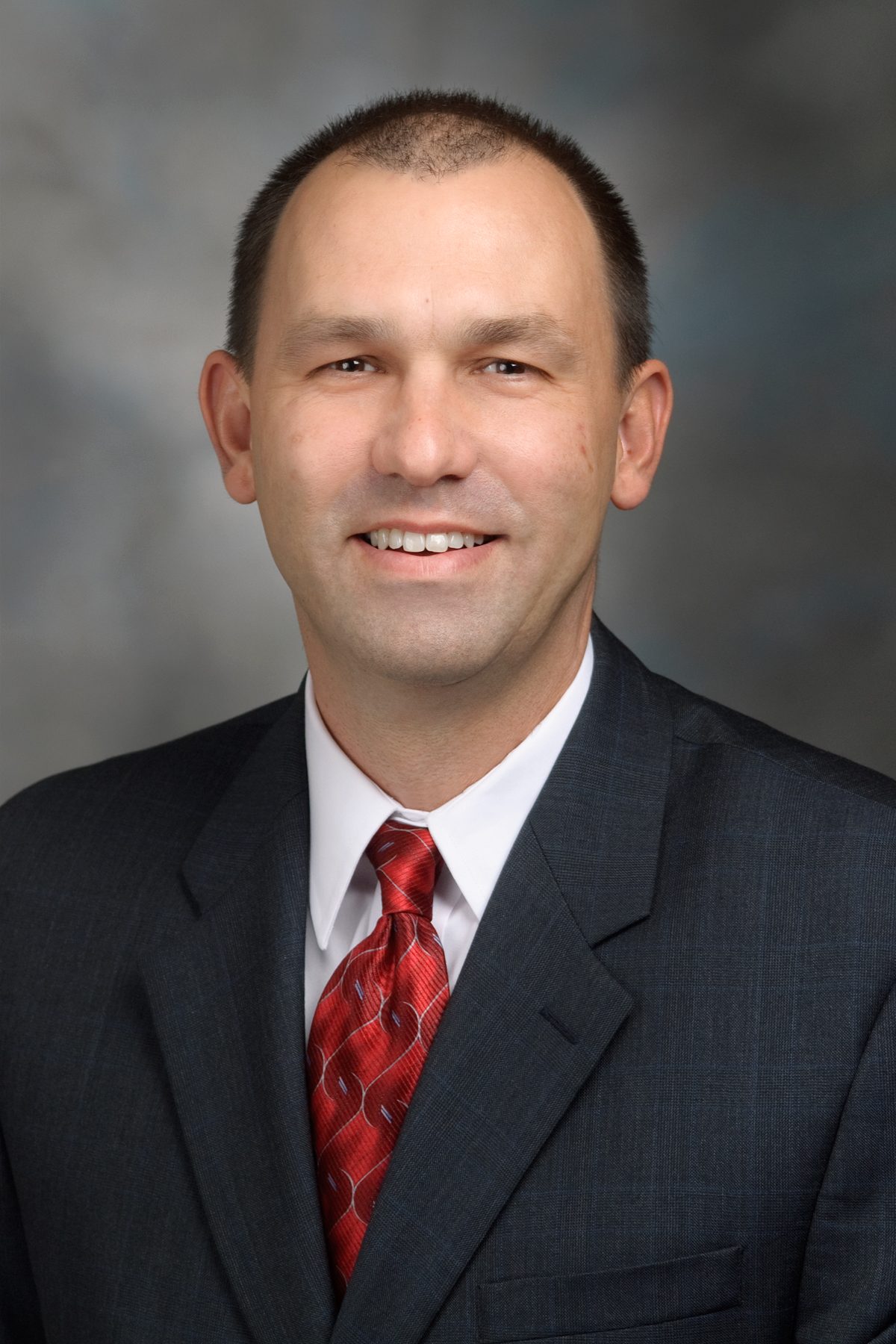 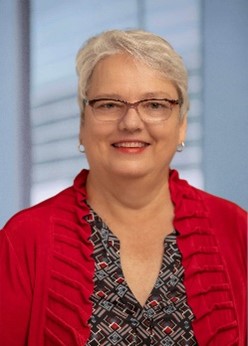 Vicki Brownewell is Chief Nursing Officer and Vice President at Houston Methodist West Hospital (HMW). She partnered with the CEO to lead the planning, start-up and growth of this 239-bed facility. HMW received Magnet designation in 2018 and is part of the Houston Methodist Hospital System. For over twenty years she has been a hospital and nursing executive at community and tertiary care hospitals with system-level leadership responsibilities. For the past 11 months she has been a member of HM System Incident Command for COVID-19 response.

Vicki has a BS in Nursing, an MS in Health Services Administration and is board certified as Nurse Executive, Advanced. 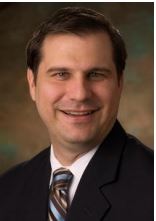 Ryan Breaux MHA/MBA, MT Director, Business Operations & Support Services Ryan Breaux is Director of Business Operations and Support Services at Texas Children's Hospital West Campus. Ryan has over 20 years of hospital administration experience. He began his healthcare career as a Medical Technologist working in the Houston area prior to working at Texas Children's Hospital in 2007. During his 14-year period at Texas Children’s Hospital, Ryan worked in the Pathology Department and completed an Operational Fellowship before moving into his next role. During his Operations period, Ryan managed the Multidisciplinary Clinic and Practice Administrators for Otolaryngology/Audiology/Speech. In 2013 Ryan became the Director for the Department of Pediatrics before being promoted into his current role.
Location:
Zoom - virtual meeting
Date/Time Information:
Wednesday, March 24th
8:00 am - 10:30 am
Contact Information:
Devyn Waggoner
Send an Email
Fees/Admission:
Individual Pass - Complimentary
**When registering, please fill out all contact information, including business affiliation. If you do not, a member of our staff may reach out to you to confirm your business.
Hero Sponsors (Hospitals Only) - $2,000
Set a Reminder:
Business Directory News Releases Events Calendar Hot Deals Job Postings Contact Us Information & Brochures Weather Join The Chamber